Book Birthdays: The Realities of 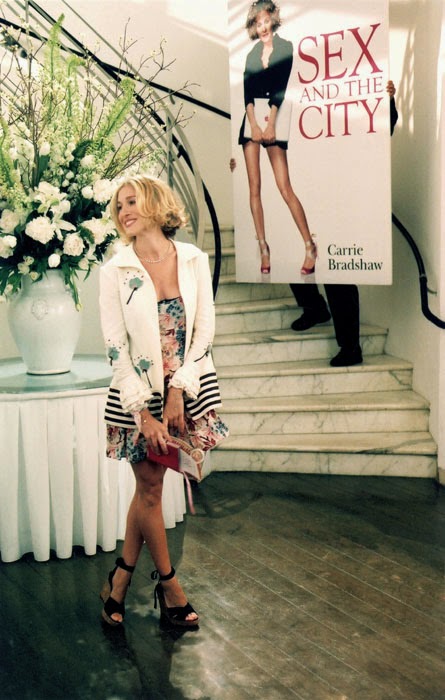 And this party is because of the fabulous book we just put out?

Me, me, me! But reality is a different story. And, no, it's not always a depressing reality. Sometimes, there are glimpses of fabulous.


When I first became an author--one who got paid for writing a fictional story that people read--it was June 14, 2007, and my first young adult* (through Penguin's Dutton division) came out.
*Written under another name


I was very pregnant at the time. (In fact, my baby girl would come only a few weeks later, five weeks early, in fact. Luckily, she was a very healthy 7+ pounds.) We had also just moved to New England from Arizona. I didn't have anything planned--or anyone really to invite--on the book's birthday, but I:

I sent the postcards pretty much to my Christmas list of family and friends. I sent the pens and bookmarks and some of the 20 ARCs I had received to various libraries in the area. I sent out press releases, too (and received a very nice and big write-up on the front page of the arts section for one of the state papers--the gray lining was the 11 factual errors, including the name/state of my university).

On the actual day my book came out, I went to the local Barnes and Noble in Newington, NH.

I went to the closest Borders, which at that time was in Concord, NH.

Yes, on my Book Birthday, there were no actual births to report.

I called my editor (I had no agent at the time). There was hemming, hawing...and basically, the answer was "The stores get to put what they want on the shelves."

My naive response: "Okay." (My more experienced response now would be, "And why didn't the sales people handsell my books harder to the buyers?" I know terminology now that I didn't back then.)

So my First Book Birthday...sucked noogies.

I have just published my seventh book, my fifth self-published one.

I also have two small children and a teaching job and three other stories I'm writing on. I would love to have people over, and I even have a Pinterest Board where I wanted to throw a party for my book Bad Mom Rents a Man: Mother's Day, aka, a party that would A Total Ode to Me.


NOTE: I attempted inviting a few friends over (old neighbors) for the Bad Mom Rents a Man: Mother's Day release. It was just three women and was more of a Mother's Day celebration than a book release party. The fates did not align, however. One lovely neighbor came with her young daughter, who my daughter played with while the mom and I caught up. That was nice, but it wasn't quite the release of joy I had been needing.

But I just experienced a Book Birthday to-do that made me happy, i.e., fulfilled and content.

Here's what I did for my Book Birthday Weekend (cuz there ain't no such thing as just a birthDAY in my world):

1) It starts with me priming the pump a few days ahead of the day. I announce on Facebook about a giveaway that will be in the Birthday Newsletter: 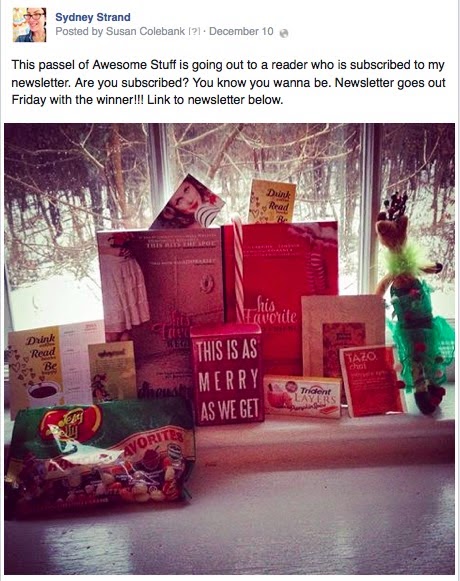 2) I promote a couple of blogs I did for release day: 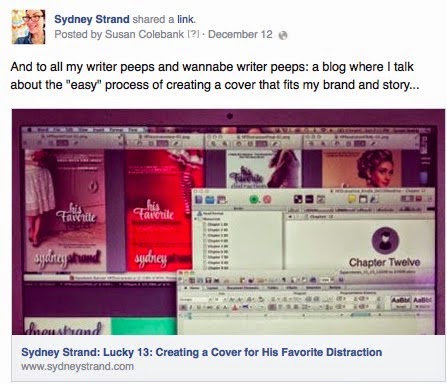 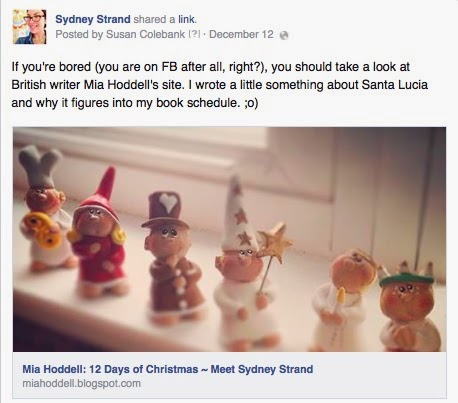 3) When the Day arrives, I start by telling everyone in my networks: Facebook, Instagram, Twitter, and My Newsletter of Awesome. I also made a little video that showcases my joy. (See below.) 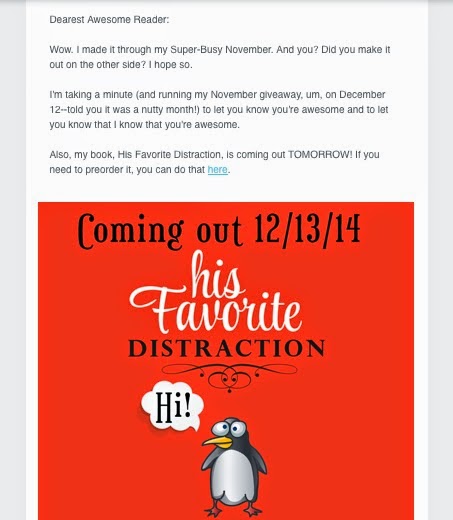 4) I go to the beach with My Favorite Girl and we take pics of the place that aided and abetted me telling the story about cold weather on the beach. I tell my Twitter writer friends, via WritingChallenge.org, the news. I paint my nails to match the cover. 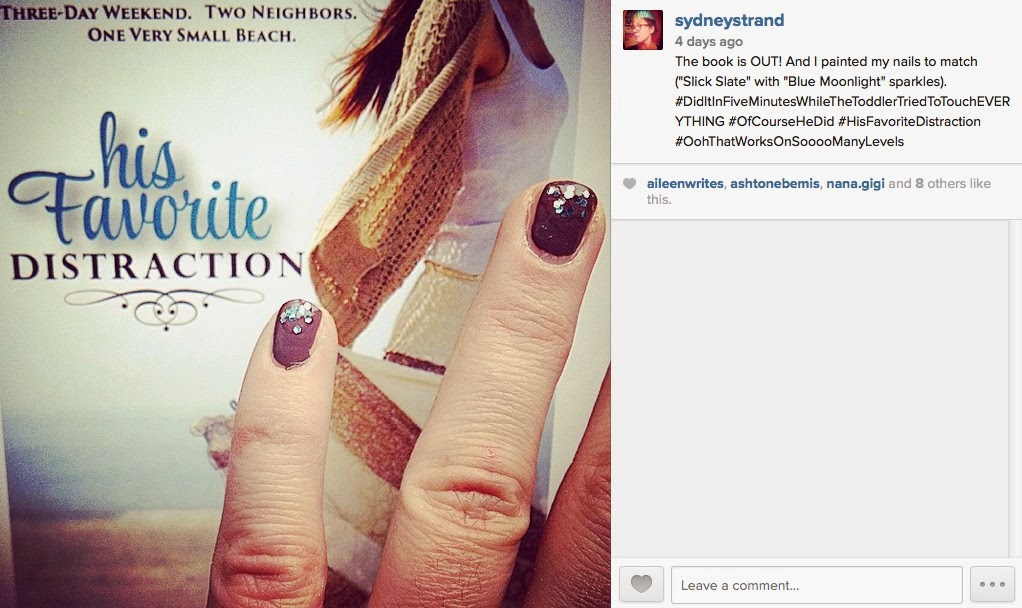 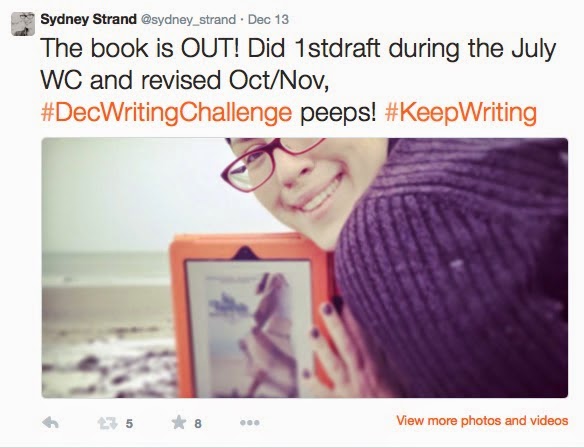 5) My little family and I had a dinner of kale and spinach pie and cherry pie. Pies of any sort make the day a little brighter.

6) The next day, La Petite Adult and I went to have tea at a nearby library in Maine. 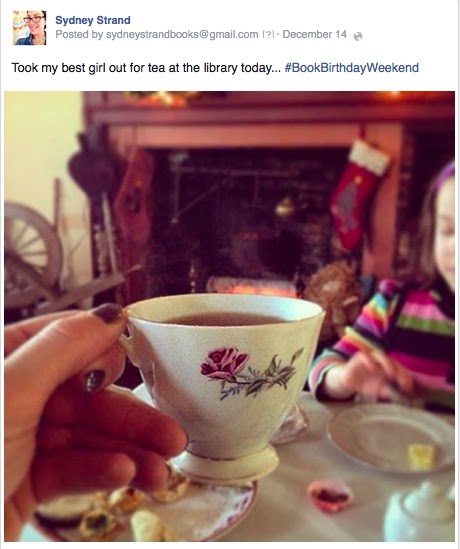 I'm afraid birthdays are important to me for Having Finished the Book. They're important for me to take a moment and revel in that fact.

But right now, they are not for Celebrating the Awesomeness of Me As One of the Literati. Don't get me wrong. I'm not above the vanity of such an event, where I get interviewed by Access Hollywood (a la Sylvia Day when her latest Crossfire book came out). But that's not where I'm at in this process.

Ultimately, I'm just trying to keep a book birthday from looking like this: the day Carrie's computer crashed. 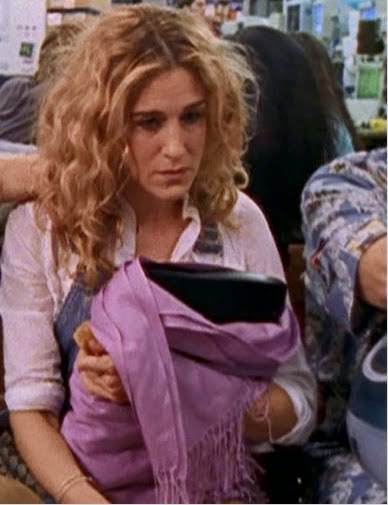 (Note: My computer did have a bit of a glitch and now the final version of His Favorite Distraction has to be re-inputted into Scrivener. Argh and urgh.)

But in the meantime, Robot Dances, ocean visits, and complementary nail colors are where my happy place are:


BookBirthdayVideo from Sydney Strand on Vimeo.


In other words, where I'm at is fabulous.