Lucky 13: Creating a Cover for His Favorite Distraction


I have just put my fifth book into the work (Hallelujah, Hallelujah!!) and that means I've done and published five book covers in a year's time.

Actually, I've created more than five. There were a couple of books that a) didn't get written because the story just wasn't there or b) went onto Wattpad or NaNoWriMo and were just placeholder covers anyway, no biggie. Then, just like writing, each cover gets revision and...

I'm getting ahead of myself. First, let's get back on track.

One day, I'll talk about all five, but for the sake of my

I shall only discuss one, the guest of honor: His Favorite Distraction. (It's a good thing I'm only discussing this one: there are 13 covers!!!)

Let's start out with where I first started the process: October 2013--fifteen months ago.

I knew that His Favorite Distraction would be written after I finished putting up four other books first. But I believe in this thing called productive procrastination. When my brain just can't write or edit one more word, I turn to other things needing to be done: namely cover art.

And in October 2013, I started the process. Prepare yourself. It's yuck: 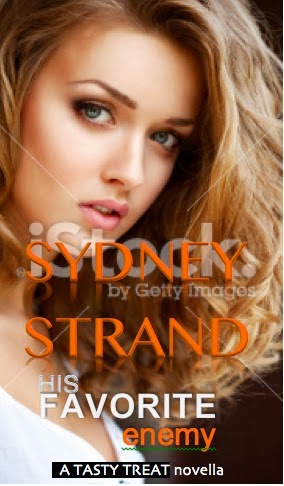 Ignore the watermark. By the way, before you ever start any cover, always testdrive a photo before you buy the photo. You'll see here I was test-driving an iStock photo, but they were on the pricier side. They did have photos the other stock photo sites didn't have, so that's something to consider.

Now back to this heinous cover. Can you see my brand anywhere in this cover? Nope. The spacing is off, the colors are off, and the angsty girl look just ain't my style. (I write funny with a teeny tiny bit of angst.) And truly, this was my first attempt at a cover. So a certain amount of forgiveness on your part should be required.

QUICK NOTE ABOUT TITLE SELECTION: And yes, this is the cover for His Favorite Distraction--at that time, I was test driving titles, too. This one didn't feel right, nor did its runner-up: His Favorite Disaster. Enemy and Disaster were both very negative words, and I needed "challenging" words. That's why I now have Regret, Inconvenience, and Distraction. From those titles, you know that the person is a challenge--but not a bad person or experience.

Then, a month later, I came up with this one: 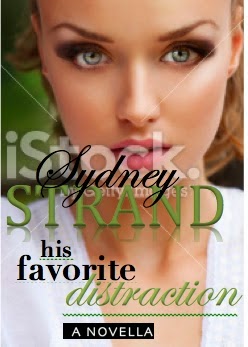 The only good thing about this over was she was less...pouty. A bit more fun. Still not my girl, though. Or my style.

A QUICK NOTE ABOUT CREATING THESE COVERS: As I created these first covers, I didn't have Adobe Illustrator/Photoshop yet. These are just done in Word. The rest were in Illustrator.

I got a little closer to what was "me" in January 2014. I had His Favorite Inconvenience up and His Favorite Regret was about to go up. I wanted a cohesive look to the line, and at that point, I had decided to go The Chicklit Route: 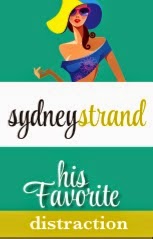 I have to tell you, this was a lot closer to what I am. (Notice that my name was ironed out at least, as well as the His Favorite font.) I have to tell you, I love this image. But it didn't portray the girl I needed to have. And, the layout of the cover didn't feel organic. The first two books were laid out like this too:


The Fourth and Fifth Ones

And so I went back to the drawing board. I rebranded the first two books and I worked on what His Favorite Distraction would look like. Here are rejects where I tried to connote FUN BEACH READ AT THE BEACH: 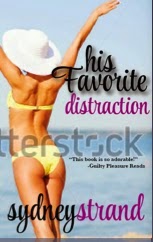 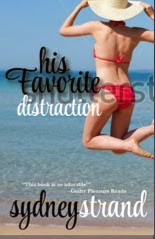 I wasn't quite there--but I was closer!

NOTE ABOUT GIRL PLACEMENT: Sometimes, you need to work with your title AND with the weird angle of an arm or an odd-looking foot. That's why the photos are placed like they are.

I have to tell you, I hit it out of the ballpark with this one: 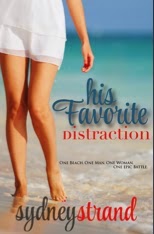 I love the draft of this cover. But it was the wrong one for this story. This looks like a summer story, maybe taking place around Fourth of July because of the red/white/blue. This just looks like a lovely book to pick up, don't you think?

The Seventh, Eighth (from the other direction), Ninth, Tenth, and Eleventh Ones:

But my story was not this story. And so I (reluctantly) moved on. I needed to connote: it's cooler weather at the beach. And my heroine wasn't a bimbette (she was a robotics engineer!). And I tried out new photos: 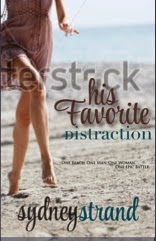 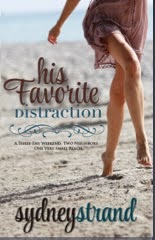 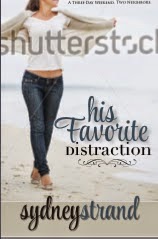 Because I could no longer see the forest for the trees, I test-marketed the covers on Facebook, Twitter and Instagram. I had friends, family, writers, and readers weighing in. Here are some comments:

I'd have to say long dress. The short dress's legs look skeletal to me...

The long dress here has Visible Pantyline and that's all I see.

The shorter skirt and "distraction" make more sense together.

If the story is October based = long skirt; if it's not = short skirt.

I like the shorter skirt. It plays into the title. I think long legs would be more distracting:-)

Her walk [the girl in the short brown dress] looks funny.

Long. More engineer like and conservative which says more "trying to get work done" vs the short which says I'm ready to go out and have some fun.

But that didn't mean it was the final FINAL one. I had to tweak the font and colors a bit:

And got this one. And done it is.

Easy peasy, right? Did you know creating a book cover was so...simple? ;o)