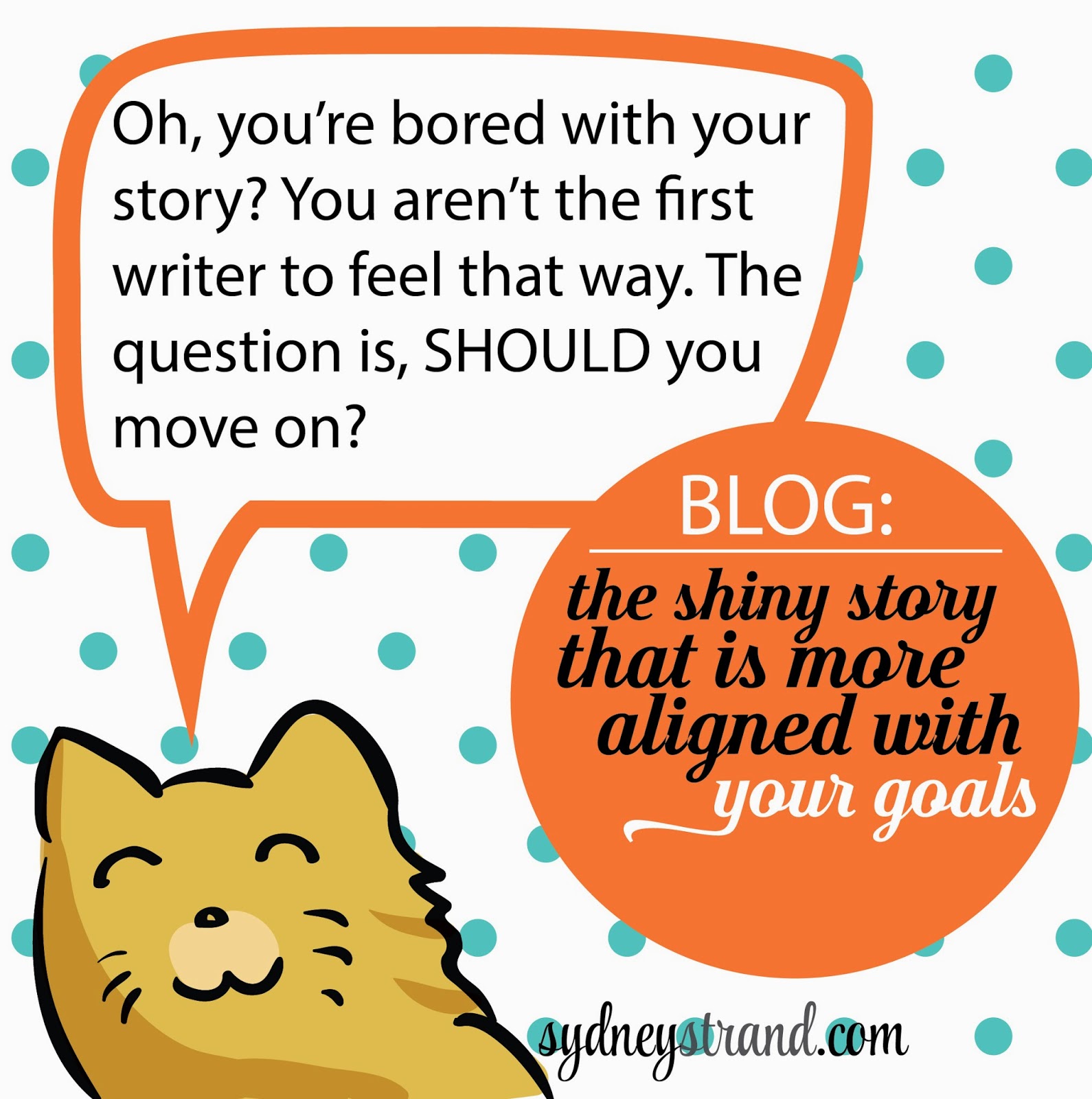 Once upon a time, I received a book contract after answering a classified ad.

Yep. I did. From a Big Five Publisher. In fact, it is the biggest of The Big Five. I got the contract even though I wasn't writing YA. I was writing adult mysteries!

But I went with my gut and went with the shiny and new opportunity, even though I had heard (and keep hearing to this day):

Don't let a new story reel you in.
Finish the one you're on.
Just get to the end, you sloth!

I will be the first one to tell you not to be lured by the pretty, shiny, highly attractive new story. You know, the one that calls to you like a siren because the other story's turned into a 500-pound naggy hag when you proposed to a 120-pound beauty queen getting her Ph.D. in rocket science.

I say this advice is NOT good advice to the new writer who has never, not once, completed a story from start to end that's over at least 20,000 words.

If this is you, you're not allowed to read the rest of this. Put it in a folder on your desktop marked "To be read after I finish a story, from start to end, revised until it has begged for mercy--and I ignored it."

Back to the Story

For the rest of my writing peeps, listen up:

Pick up the shiny new story if it aligns with your goals better. When I answered that classified ad, it aligned with my goals better. Because that mystery I was writing? No one was biting. And my goal? I WANTED SOMEONE TO BITE.

Aligning Goals and How to Do It

In January, I was in this inertia I didn't quite understand. So in the first week of February, after reviewing my January of Blah, I finished my half-finished goals for this year. The last 16 months of this adventure I've been on, Mom Writer with a Deadline, I've had the following goals:

When I saw that mission statement/vision statement of what I wanted to do this year and where I needed to go, I realized that:
And so I went back to what I needed to do, because this year is also about becoming The Hybrid Author.

And no, the two YAs I did under a different name 8 and 6 years ago, after answering that classified ad, do not count.

And so The New and Shiny Idea is going to help me in that regard. And it's for a publisher I'm loving, who is making this opportunity available in an unconventional way: with no agent, with no query, etc.

I'm going to take them up on that unconventional way, and get this new story "did" by the April deadline.

Because a girl who first started her writing journey answering a classified ad? She does this sort of thing.

The Short of It

Are you doing this sort of thing, my writing peep? Are you:
Yeah? You are? You are a rock star.