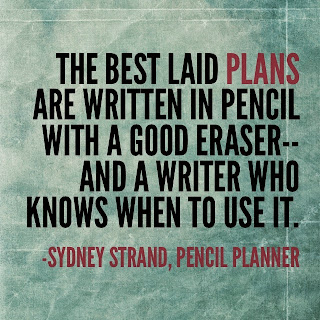 So I wrote this short story that turned into a novelette (a fancier word for short story, but it's 12,000 words, a not-quite-short-story-amount that requires a fancier name).

I wanted to put it in a tiny booklet form, a tangible something to give my mom who eschews eReaders, as well as something to put on my own bookshelf to show "Hey, look at this real thing you spent three months writing!"

My usual go-to is Createspace, but they don't do smaller books. So I went to LuLu.

My Experience with LuLu, The First Time

So I downloaded the templates, just as I did with Createspace. I needed them for their 4.25 x 6.88 Pocketbook. (Doesn't that sound perfect for my cute Novelette? I thought so, too.)

Let's talk the Interior: It had the same issues as the Createspace interior template, in that I had to be mindful of using section breaks and NOT page breaks. This messed with pagination and headers if a page break or a continuous section break (and not a next section break) was chosen.

So I did that.

But the thing is, there's no one at LuLu taking 12-24 hours to proof it first, like at Createspace.

At least I only ordered one.

Now let's talk the Exterior/Cover: I did the exact same thing that I did with Createspace. I created it in Adobe Illustrator (I love that program!) and then saved it as a PDF. With Createspace, this worked out fine.

Now saving it as JPG for LuLu? Let's say the cover was superbright with demonic super-bright green eyes. In fact, a family member saw the cover on the print edition and asked, "Oh, is Maggie possessed in this story?"

This is what it looked like, The First Time:

My Experience with LuLu, The Second Time

I let myself stew with the ugly book for a couple of weeks. I had writing to do, and I didn't have time to waste four hours figuring out what I needed to do to get this book looking okay.

But when I did have four hours, this is what I did.

Let's talk the Interior: This one took a couple of hours to fix. Here's the (bit complex) brass tacks of what I figured out:

Although my page set-up said I had a 4.25 x 6.88 document, I had to go into my printer settings. Under preferences (I'm on a Mac) I went to printer settings. I then went to default paper size and changed it from US Letter to Untitled (again, this was the choice on my Mac). It made the document "unattach" from having an 8.5 x 11 size paper and went to having the 4.25 x 6.88 size. YAY!

But I wasn't done. Now, when I saved my document as a PDF, it saved as THREE PDFS (my excerpt, my story, and the appendix). And I couldn't, for the life of me, fix it! I went through looking for hidden formatting, but my current abilities did not see anything.

So then I Googled for how to combine separate PDFs when a Word document is saved into multiple PDF documents. I could use Adobe Acrobat, it said. I had it as an app on my phone, so I saved my three PDFs to Dropbox and tried to stitch it together in the app on my phone. Um, that lovely app turned into an ugly, gimmie gimmie gimmie beast, saying I had to pay $29.99 a month for that privilege.

So I Googled again. I found a guy who had the same issue, and two years ago, after a conversation that spanned about three months, he came up with the answer: you can put the three PDFs together in the left sidebar in the Preview mode of one of the PDFs. And that's what I did!

But then I noticed that when I grabbed and dragged the documents from my Finder, there was a line that showed up. I had to make sure it went INSIDE the line so that the program saw it as one document, not three.

Let's talk the Exterior/Cover: The colors were horrendous. Maggie looked like she had been in a nuclear accident, and the flaws in the photograph--a pretty photograph, but not a book-worthy photograph--were very prominent and distracting.

I reread LuLu's tips, and it said that the JPG had to be done from Photoshop, not illustrator. It made the colors too bright (yep). But first I fixed the eyecolor (I had done a different technique with a paintbrush and eraser, and the effect on a printed color looked really amateur). I went into Photoshop, picked my layer, used the selection tool, and then fixed the hue/saturation levels. And then it was fixed!

And four hours after I started, with three minutes to spare before my daughter's bus came, I had me a book.

And I don't think my covergirl looks demonic in the least anymore.

Everything for a Reason

You'll notice that the cover changed. When I received the print book, I could see powder on the model's nose. (The foundation kind, not the coke kind.) And her lipstick was too bright and too thickly applied. I think this new layout does a good job of hiding those things. AND, I think, this whole headache gave me a much better cover and book overall.

So yay for headaches!

Uh. You know what I mean. 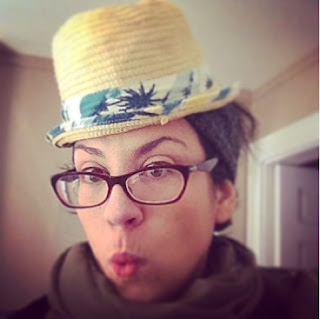 Sydney Strand is a writer and mom who has published two books through New York and another six via self-publishing. She writes funny little romances, but not of the Red Room of Pain variety. More like the Dan and Roseanne Connor variety--humor is sexy, dontcha know. You can follow Sydney on Facebook, Instagram and Twitter, and/or you can sign up for her All Things Awesome Newsletter.