NaNoWriMo: Why Fast Writing is Like that Orpheus Story 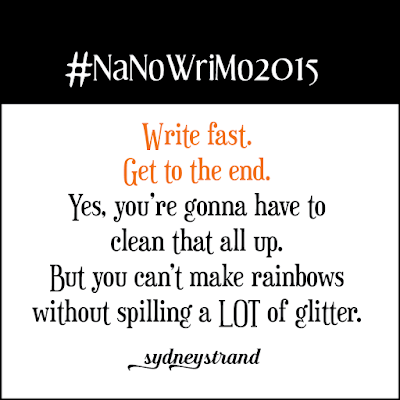 People usually get hung up around Day 8 (you'll notice the steep dropoff in social media posts going "Yay Me"). This is when people start rereading their work. Or turning on their brains while they're writing and realizing they're writing drivel. (Because you are. First drafts are all drivel.)

But let me tell you what you can do to help you write that drivel and KEEP writing that drivel:

1. Do not reread. Exception: you are allowed to read the last page you wrote to remind you where you are emotionally in the story, but YOU'RE NOT ALLOWED TO REVISE IT. Even if you see a major spelling error. It will still be there when you go back for the Second Draft.

2. Do not think you're writing anything close to the final product. You will be touching every single word in revision, to either delete or find a better way of saying it. It's all yuck. And it's supposed to be.

The more drek and drivel you write--and complete!--the easier it gets to churn out words in future books. And isn't that what you're striving for, to make this book writing thing easier? So do your work. Go through the uphill battle of totally not knowing what you're doing.

So how is all of this tied to Orpheus? Well, he's this guy whose wife dies. Hades takes pity on him and says he can come get her in the Underworld and bring her back to life, with the only condition being he's not allowed to turn around--not even once--to look at her.

Well, Orpheus gets her and is almost out of the Underworld--when he turns STEPS from the threshold taking him back to the living world. Yep, she was behind him.

And yep, she gets sucked back into the Underworld.

So don't let that be you. Don't let your story/your confidence/your forward momentum get sucked away from you by stopping and turning, ruminating if what you're doing is right.

Just know that it is. For a first draft.

Force yourself to cross that threshold of "The First Draft is Complete!" and THEN you get to turn around and fawn all over it and see it in the bright light of day again. ;o)

If you want to read more, here are my 2014 NaNoWriMo posts, in chronological order:

(Note: It looks like I lost at NaNo, but read all the way to the last post to see how I oh-so-won.)
Twas the Eve Before the Eve Before Nano
Preparing for NaNoWriMo in Two Days ( A Lesson for All Future Story Prep)
Winning at NaNoWriMo: Word Vomiting Draft 1 Until Done vs. Writing Drafts 1 & 2 Simultaneously
NaNoWriMo Self-Flagellation: Reassessing Your Unsung Accomplishments
Chasing Rabbits in November
Revising a Book and Writing a Book at the Same Time
Christmas Lights, Book Deadlines, and Letting Go of Perfecton*

If you want 2015 NaNoWriMo posts, in chronological order, read these:

NaNoWriMo: How I'm Going to Use This Awesome Opportunity to Revise 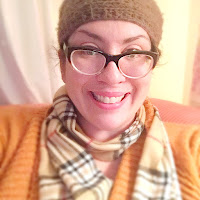 Sydney Strand is a writer and mom who has published two stories through New York and another six via self-publishing. She writes funny little romances, but not of the Red Room of Pain variety. More like the Dan and Roseanne Connor variety--humor is sexy, dontcha know. You can follow Sydney on Facebook, Instagram and Twitter, and/or you can sign up for her All Things Awesome Newsletter.

Posted by Sydney Strand at 1:11 AM